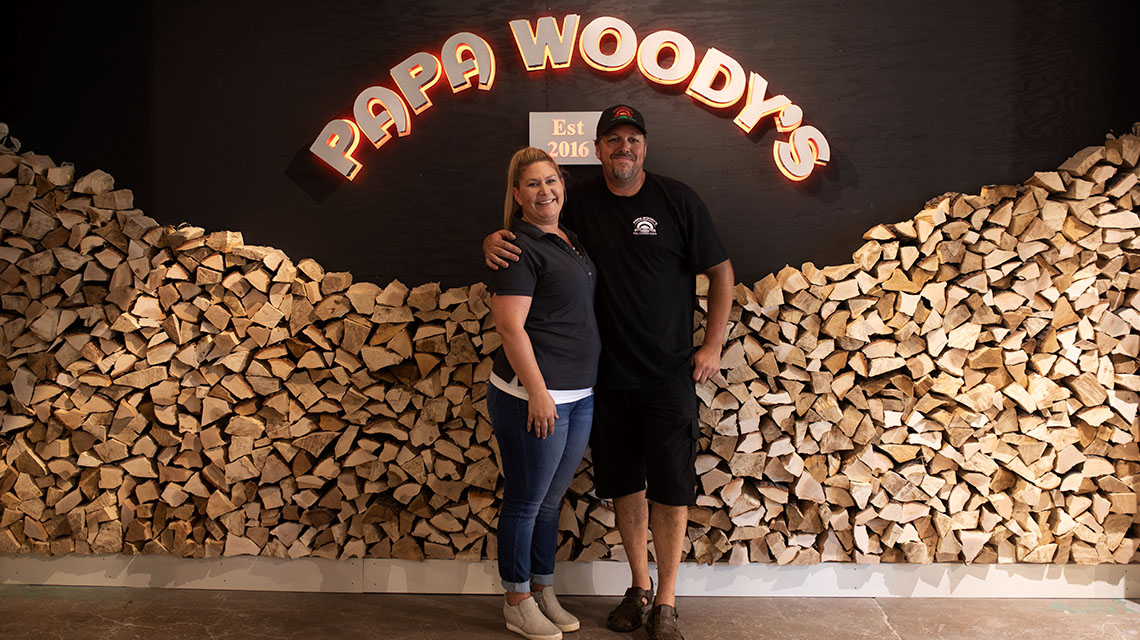 Like most businesses, Papa Woody’s Wood Fired Pizza started with an idea. The idea might have seemed small, but to owners Lisa Esser and Steve Blumke, the idea of making custom-crafted, woodfired pizza was big. And the 2,000 lb. wood burning brick oven was just the beginning.

The husband and wife team made their big idea a reality on wheels by venturing into the world of food trucks. After nearly three years, Esser and Blumke decided to open a brick-and-mortar restaurant in Sioux Falls, South Dakota’s growing downtown community. In the process, they realized that a restaurant – one without the wheels – would require more than a hotspot for connectivity.

“With the food truck, we were pretty old school. We didn't really have a need to have anything other than a hotspot to be able to run a credit card swiper,” said Esser. After reaching out to several providers, Midco® was the first to get back to Esser – and the first to check all the boxes.

“I felt like Midco was the perfect choice for us,” she said. “It wasn't out of our reach. Midco made me feel like I was a big corporation, but took care of me like I was a small business owner. It was affordable, convenient, professional. It was everything we needed.” 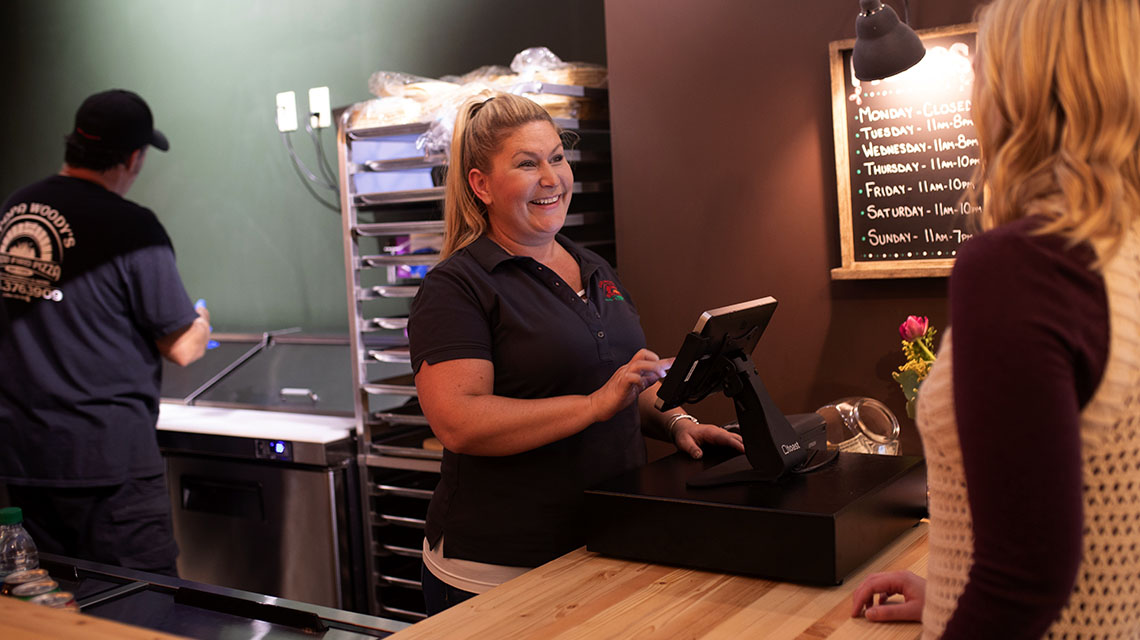 “Once we decided to invest in the point-of-sale system, one of the main questions they were asking us is, ‘What kind of connectivity do you have?’” said Esser. “You can have wireless if you want to, but you're going to have to have a hardline, with so much speed and this, that and the other. It became a necessity for us to have good, reliable service.”

With a growing business came the need to hire part-time staff – as they are currently operating both the food truck and the restaurant – and connecting a digital system for clocking in and out became a necessity.

“We can't have our internet go down, because we're having people clock in and clock out, and tracking hours, labor costs and our inventory,” Esser said. “All that stuff absolutely requires us having a reliable internet connection.”

What internet is right for your business?

Request a consultation to learn more.

What internet is right for your business?

Request a consultation to learn more.

Papa Woody’s makes personal pizzas – in addition to nachos and pretzel bites – and the owners like to keep the focus on creating a personalized experience when people interact with their business.

“For the last three years, we've run our business on my cell phone, my personal cell phone,” said Esser. “We needed to be able to have a landline where people could call in takeout orders – so I wasn't getting calls at two o'clock in the morning for people checking if we're open to order a pizza.”
Setting up a landline was an easy add-on to their internet package – and Midco can even list and advertise the phone number, providing transitional support from one number to the next.

“I think we had initially just gotten the business package that allowed us to have internet and phone,” she said. “Then, the more we started talking about it with the bar setup, we thought, what about a TV? It was literally just signing something, and we had the ability to have cable TV, so it was really easy.” 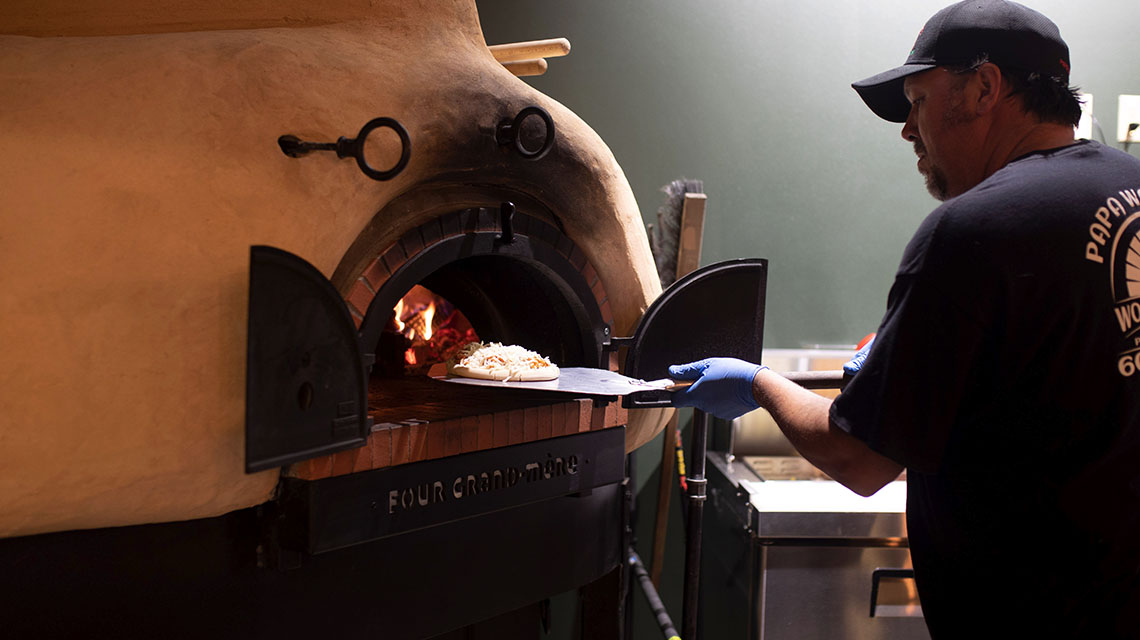 “From talking to our sales consultant on day one, to the techs that came out to help us, to the follow-up phone call offering to help go through my bill line-by-line with me to make sure I understood everything – it was so easy,” said Esser.

And while Papa Woody’s did need to reschedule their installation a few times due to building delays, once Midco techs arrived, Esser remembers just how streamlined the process was.

“Midco helped me hook up everything. They set up our wireless passcodes, and it was too easy. At that time, we had so much on our plate with trying to get the doors open. Midco making it easy was exactly what we needed. They took care of everything for me.”

Choose Services Tailored to Your Business

Whether you need one service or several, you can explore all our solutions for small-to-medium businesses.

Our local consultants would love to start the conversation about your connectivity and communication needs.