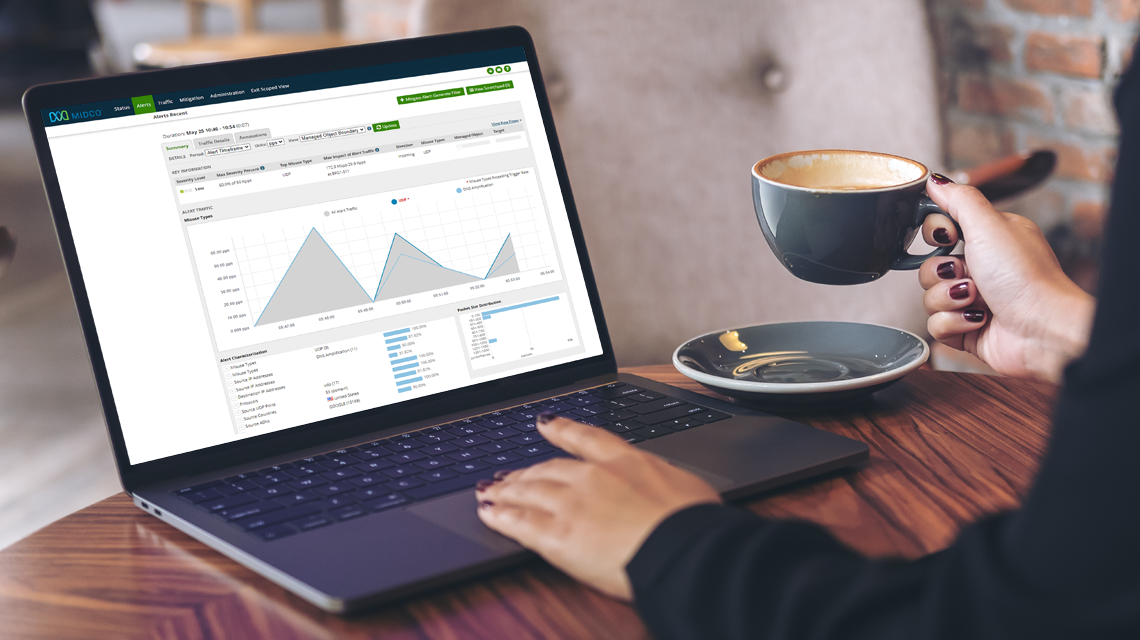 Distributed denial of service (DDoS) attacks have become very well-known recently – and not for good reasons. If you are unfamiliar, here’s a definition:

DDoS attacks are a class of cyber-attack that uses multiple, compromised systems to send bad traffic over the internet to overwhelm the resources of a targeted application, service or platform. As a result, the victim of a DDoS attack might experience degraded services or even complete failure – and the impact can spread beyond a single target if that victim is, in turn, a supplier to others.1

Unfortunately, it has become extremely easy to launch a DDoS attack – a 24-hour DDoS attack against a single target can cost as little as $400.2

That means, with just $400, the masses have gained access to a damaging, and likely simple, DDoS attack. It would be nice if simple attacks were the only ones we had to worry about. According to NetScout's Threat Intelligence Report for the first half of 2021, DDoS attacks have gotten worse in almost every way imaginable. Compared to 2020, the total number of attacks grew by 11%. The biggest attack was 169% bigger, the fastest attack was 16.7% faster – and complex attacks using 20-plus vectors grew by 106%.3

Businesses of all sizes must deal with the reality of DDoS attacks and the damage they cause. According to a whitepaper by network security company Corcero, the average cost of a DDoS attack in the US is around $218,000 without factoring in any ransomware costs.4

If the average cost is $218,000, how bad can it get? Consider the recent DDoS attack on voice over internet protocol (VoIP) provider Bandwidth.com. The company stated that the attack will cost them between $9 and $12 million for the full fiscal year.5

Not only are DDoS attacks financially damaging, there are other harms as well. Legal and reputational costs are top of mind if you have your own customers relying on the stability of your internet connection.

What’s a business to do?

Thankfully, as DDoS attacks have grown in popularity and size, Midco was forced to act. Beginning in 2014, we partnered with NetScout, a global leader in DDoS protection and network visibility infrastructure. With NetScout’s help, we began to provide a basic level of DDoS protection service to all our internet customers.

Why did we make that investment?

Due to customer demand, we recently launched an upgrade to our basic protection, Enhanced DDoS Mitigation, which is available for our dedicated internet over fiber customers.

You may be asking, “Why would I want this product if you already offer free DDoS protection?”

It boils down to two things: visibility and customization. Let’s talk about visibility first.

We have a big network, so when we protect it from DDoS attacks, we are segmenting pieces of our network into blocks and then protecting those blocks. One of those blocks may contain hundreds of customers, and an attack on any IP address within that block would be detected and mitigated by our DDoS protection. So, what happens if a customer within that block suspects they’re being attacked? Was it a DDoS attack, a fiber cut – or something else?

It would take more than a couple of minutes for our Business Customer Care team to root out the problem. To confirm that it was a DDoS attack would require deeper investigation. Our basic protection is monitoring and protecting the internet flowing to many customers all at once, not just the connection you care about.

That’s where our Enhanced DDoS product comes in. Your individual connection is monitored by Midco’s solution 24/7, and it will automatically mitigate DDoS attacks directed at your IP range.

You see the same things our engineers see when you log in to our secure portal (there is no portal view associated with basic DDoS protection). High severity alerts get sent to your IT personnel, and you can create and email reports using the portal interface. All the information is at your fingertips, and you have visibility in real-time. So, what about customization?

See your defense in action with the mitigation tab in the enhanced DDoS protection portal.

Our basic protection is optimized for our big network. It is not tailored to your internet connection. With our Enhanced DDoS product, Midco Network Engineers customize detection and mitigation settings to your requirements and traffic patterns. Need to account for a certain type of traffic or block traffic from certain countries? No problem – we can do that. During the provisioning process, we carefully monitor all alerts to ensure that it will work properly when we turn it “on.”

Lastly, if you need to make tweaks at any point, just give our Business Customer Care team a call and we can make the changes. The Enhanced DDoS Mitigation Service is customized for you and managed by Midco.

The phrase “an ounce of prevention is worth a pound of cure” aptly describes how a business should think about DDoS attacks. As a business, you would rather have the protection in place because just one DDoS attack can create a lot of damage. It’s not just lost revenue – your already stretched IT team will need to drop everything to deal with the fallout, and all your other employees cannot perform even simple tasks related to your core business.

Midco is your DDoS protection partner.

Every internet customer has basic DDoS protection, but you may need more than that. If you desire customization and real-time awareness, then the Enhanced DDoS Mitigation Service is for you. 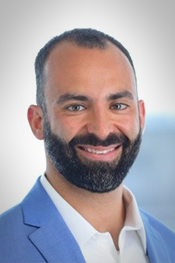 Jason Chimchirian is a Product Manager at Midco. In this role, he specializes in identifying the needs of enterprise-level organizations and plays a pivotal part in developing our advanced business products. Chimchirian earned his bachelor’s degree in mathematics from the United States Military Academy at West Point, as well as a master’s degree in business administration from the Wharton School at the University of Pennsylvania.

Jason Chimchirian is a Product Manager at Midco. In this role, he specializes in identifying the needs of enterprise-level organizations and plays a pivotal part in developing our advanced business products. Chimchirian earned his bachelor’s degree in mathematics from the United States Military Academy at West Point, as well as a master’s degree in business administration from the Wharton School at the University of Pennsylvania.